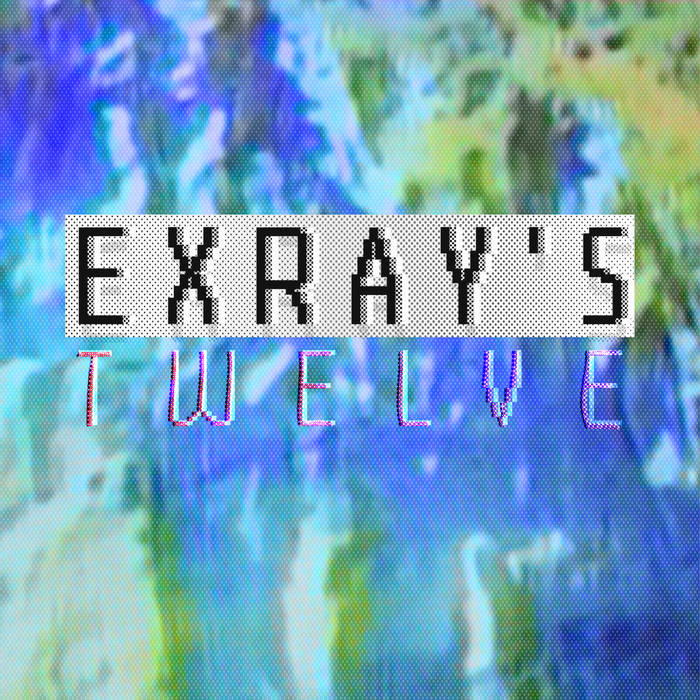 'Twelve' is the follow up to Exray's 2014 EP, 'The Dome,' which previewed songs and soundscapes from 'Vessel XII,' a multidisciplinary sci-fi project co-created by Exray's Jon Bernson and Michael Falsetto-Mapp. Vessel XII explores a series of unexplained broadcasts that interrupted the programming of international television stations between the years of 1986 and 2009. Purportedly sent from a spacecraft at the outer reaches of our galaxy, this footage has created an international controversy, evoking strong opinions from experts in many fields. Rooted in this source material, Twelve spins a web of retro-futuristic songs that range from lo-fi dance jams to sprawling instrumental epics to chilled-out space ballads.

Since the release of 'The Dome,' other incarnations of the project have appeared in a wide variety of formats. Vessel XII was the focal point of 'Antiprism,' Jon Bernson's residency at San Francisco's de Young Museum during April of 2015. During the residency, the trio (which also includes Jason Kick) performed a live score to 'Distant Future Symposium,' a multimedia performance based on the controversy. A series of related videos have surfaced as well, including a press conference that revealed Exray's relationship to Astrid Bly (a widely-recognized authority on Vessel XII.